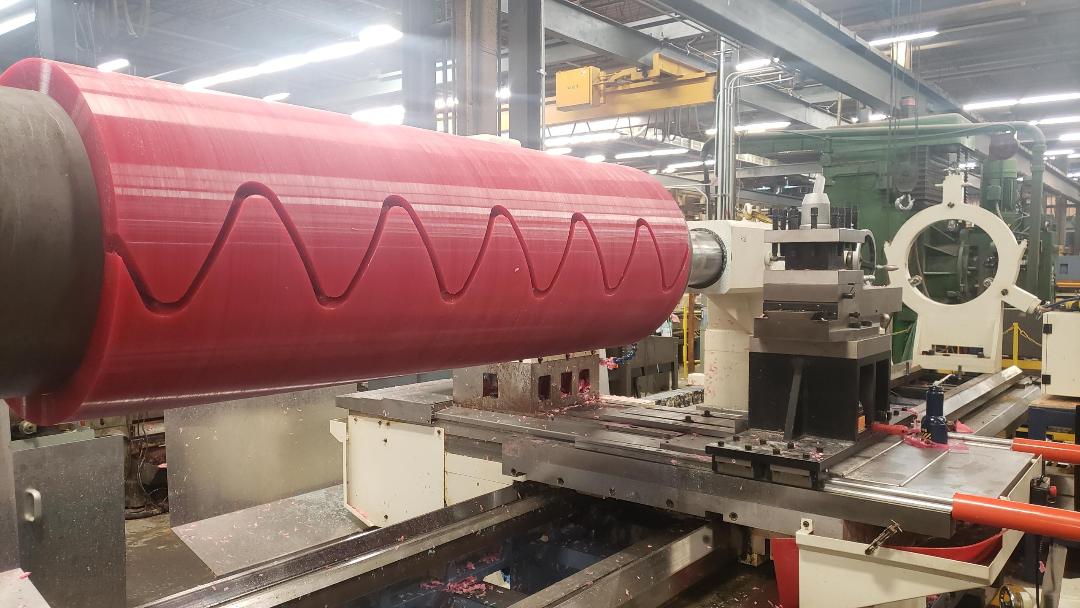 Polyurethane Developments
Kastalon Polyurethane Products, Alsip, Ill, has a mission: to protect coils with polyurethane. While the company has traditionally manufactured pads to protect coils, it also offers Coil Saddles, which are a variation of coil pads. “It’s very similar to a pad, except it’s two very robust pieces that have a thinner cross-section, but they have a very deep radius,” says Bob DeMent, president. “They actually carry two different radiuses for different diameter coils.”

Because the Coil Saddles are so deep, they inadvertently are also safety mechanisms for the coils and the people working with them. “Their depth allows fewer roll offs and easier landings from overhead cranes,” says DeMent. “The coils seat themselves much better [in the Coil Saddles], which provide a much more stable environment for the coil.” He adds that they are easily anchored into the floor and easily moved and that these polyurethane Coil Saddles handle coil weights better than all-urethane or all-rubber pads.

Kastalon also offers filler plates, “which allow a processor to take his existing mandrel, which let’s say is equipped for 20-inch ID coil processing, and bolt on filler plates, which are just added-on diameter,” says DeMent. “They bolt these plates onto the circular mandrel, and it will allow them to work with coils much larger on the ID than what they’re traditionally set up for. These filler plates are immensely inexpensive compared to having a whole new mandrel made, so the processors or the mills are allowed to take advantage of perhaps spot purchases of coils with a varying ID they’re not used to processing.”

He points out that steel filler plates have been the norm in the marketplace and can attach to a mandrel relatively quickly. Yet steel being so expensive and heavy makes it difficult for the mandrel to operate. “The more weight you add, the harder it is on the machine. The weight endangers those who handle these plates and the plates themselves,” says DeMent. While plastic filler plates have become a popular alternative due to their low weight and low cost, they are physically not strong, says DeMent. “If you drop those, it’s not as much of a hazard to a human being, but they can crack, and then you’re out quite a bit of money.”

Enter Kastalon’s polyurethane filler plates, which give the weight reduction of plastic over steel and have the properties of urethane, “so they don’t scratch, they don’t mar, they don’t dent,” says DeMent. “In this day and age, with coil tonnage being so expensive, you must maximize every inch of that, every pound of that to reduce your scrap, but you’ve got to take advantage of being able to process almost any ID coil that you can get your hands on.”

Most important? “Customers are loving them,” says DeMent.