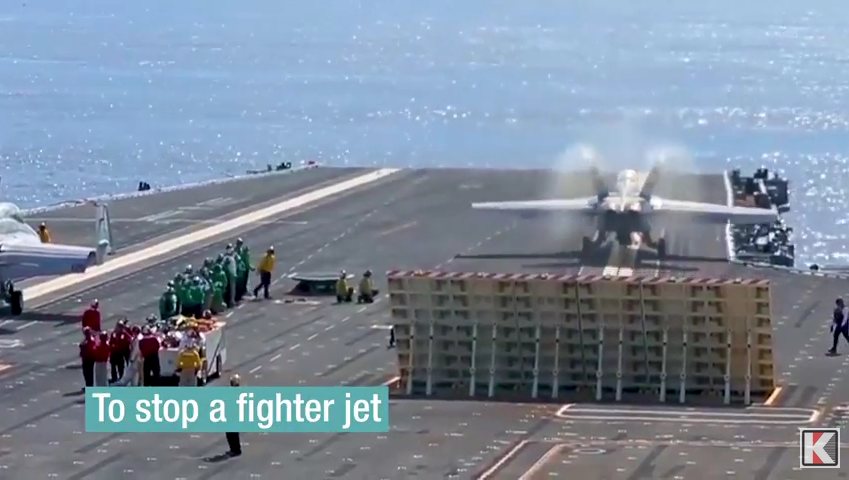 The CVN 78 Gerald Ford aircraft carrier is often seen as the most technologically advanced in the U.S. Navy’s fleet. And part of that technology includes new polyurethane-covered plates from Kastalon that help absorb the impact of arresting cables as they are dragged across the deck.

When a fighter jet lands on an aircraft carrier, it’s still traveling at up to 150 miles per hour — with 500 feet or less in which to stop. So, the plane has a special tailhook that grabs one of several arresting wires stretched across the deck in order to transfer the energy and slow the plane to a halt quickly.

The arresting wires take quite a beating as they repeatedly drag across the deck with enough speed to make sparks fly. Enter Kastalon’s polyurethane-covered plates. The plates help to absorb the initial impact as the wire hits to protect it from damage and failure, which in turn helps protect the fighter jet and its pilot.