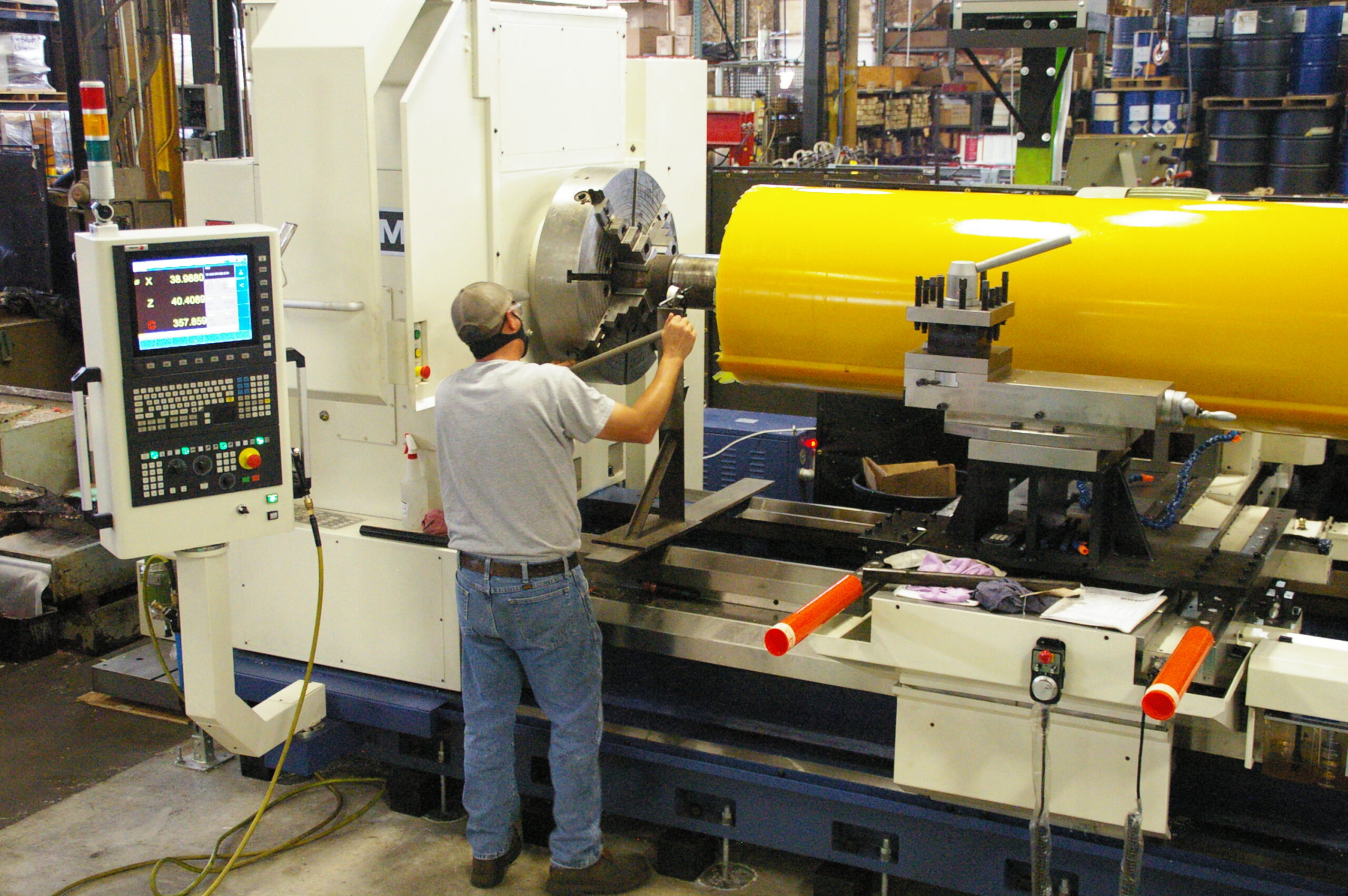 July 2020, Kastalon has purchased and installed a new Summit roll lathe to further enhance our large roll manufacturing and repair capabilities. Kastalon now offers the most comprehensive roller services in the industry.

The Summit lathe/roll grinder allows Kastalon to not only machine metal, but to turn, mill, groove, and grind polyurethane and rubber covered rollers to ultra-precise diameters, geometric finishes, and straightness specifications. This CNC machine has a capacity of 48 inch finished diameters x 20 feet CC (1.22 x 6.1 meters) and almost 50,000 lbs with full CNC grooving. Simple to highly complex and precise grooves and finishes can be produced with this state-of-the-art equipment.

We’ve combined chemistry and mechanics just for you. Contact Kastalon today and bring the Kastalon’s advantage to your operations. 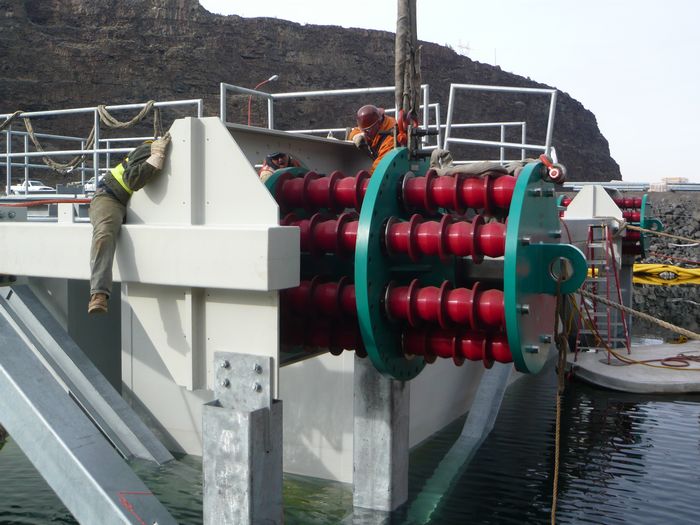 Kastalon products help to restore the natural migration of spawning fish in the majestic rivers of the Cascade Mountains, while maintaining the source of green energy from the dams.

Alsip, IL–Looking down from the Cascade Mountains at the three majestic rivers rambling through the picturesque countryside in central Oregon, no one would ever suspect that the salmon and steelhead were swimming their way up those rivers for the first time since 1968.

Although a series of dams, built in the early 1960’s, created a dynamic resource for hydro-power, the fish passage system built into the design proved unsuccessful for the fish to find their way downstream for migration.

Through a unique partnership, the co-owners of the dams, Portland General Electric (PGE) and the Confederated Tribes of Warm Springs, spent several years developing a plan to improve the habitat for the fish.

The Barnard Construction Company and a team of engineers from CH2M Hill were commissioned by PGE and the tribes to design a system that would allow fish to be redirected for successful spawning migration without disrupting the source of green energy from the dams.

The unique solution involved constructing a 273-foot underwater tower and floating bridge from the floor of Lake Billy Chinook above the Round Butte Dam.

This massive structure’s one-of-a-kind design modified the current and temperature to mimic the natural conditions of the river for successful fish collection while maintaining water flow for power generation.

With the new collection station, the fish are efficiently transported downstream so they can continue on to the Columbia River and out to the ocean.

A key element of this project was determining a design for equalizing/dampening connectors that would join the floating apparatus with the stationary structure. These arrestors had to allow a full range of motion but provide predictable stability that could absorb storm forces and withstand seismic pressure.

After an extensive search, the engineers found Kastalon Polyurethane Product’s long-standing reputation for engineered to fit solutions to be a good choice to partner in the design and development of these unique polyurethane arrestor connectors.

Kastalon, a second generation family-owned business located outside of Chicago, accepted the challenge of providing a unique design and chemistry of polyurethane with the mechanical and physical properties that would give the strength and life expectancy the project required.

Today, after nearly two years of design, testing, and construction, the massive underwater tower and fish collection station rises from the floor of Lake Billy Chinook. For the first time since 1968 the migratory cycle for the fish has been restored without disturbing the hydro-power being provided to the region.

With improved habitat and downstream passage, the juvenile Chinook salmon and steel head can now return to their native spawning grounds and complete their natural cycle.

For more than 40 years, Kastalon supplies crane bumpers into every imaginable environment around the world.

From ports and shipyards to steel mills and industrial facilities, Kastalon bumpers are unaffected by extreme environmental conditions, and are highly effective in temperature extremes from less than -51°C (-60°F) to 107°C (225°F).

Approved for use on nuclear fueling cranes by the U.S. Navy and for nuclear power house cranes, Kastalon crane bumpers are virtually unaffected by gamma ray exposures in excess of 1×109 Roentgens.

Whether you are purchasing new equipment or are replacing existing bumpers, specify Kastalon Crane Bumpers.

To assist you in sizing or customizing bumpers, Kastalon offers an interactive web site for calculating the exact bumpers to meet any requirements.

Access the Kastalon Crane Bumper Calculator by visiting www.kastalon.com or contact us directly and an applications engineer will help select your optimum bumper. 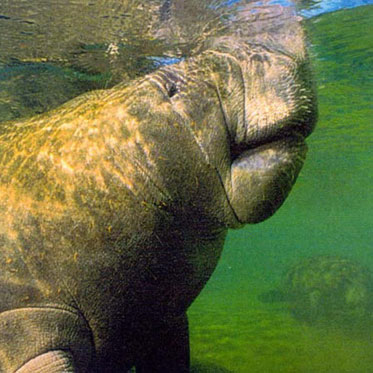